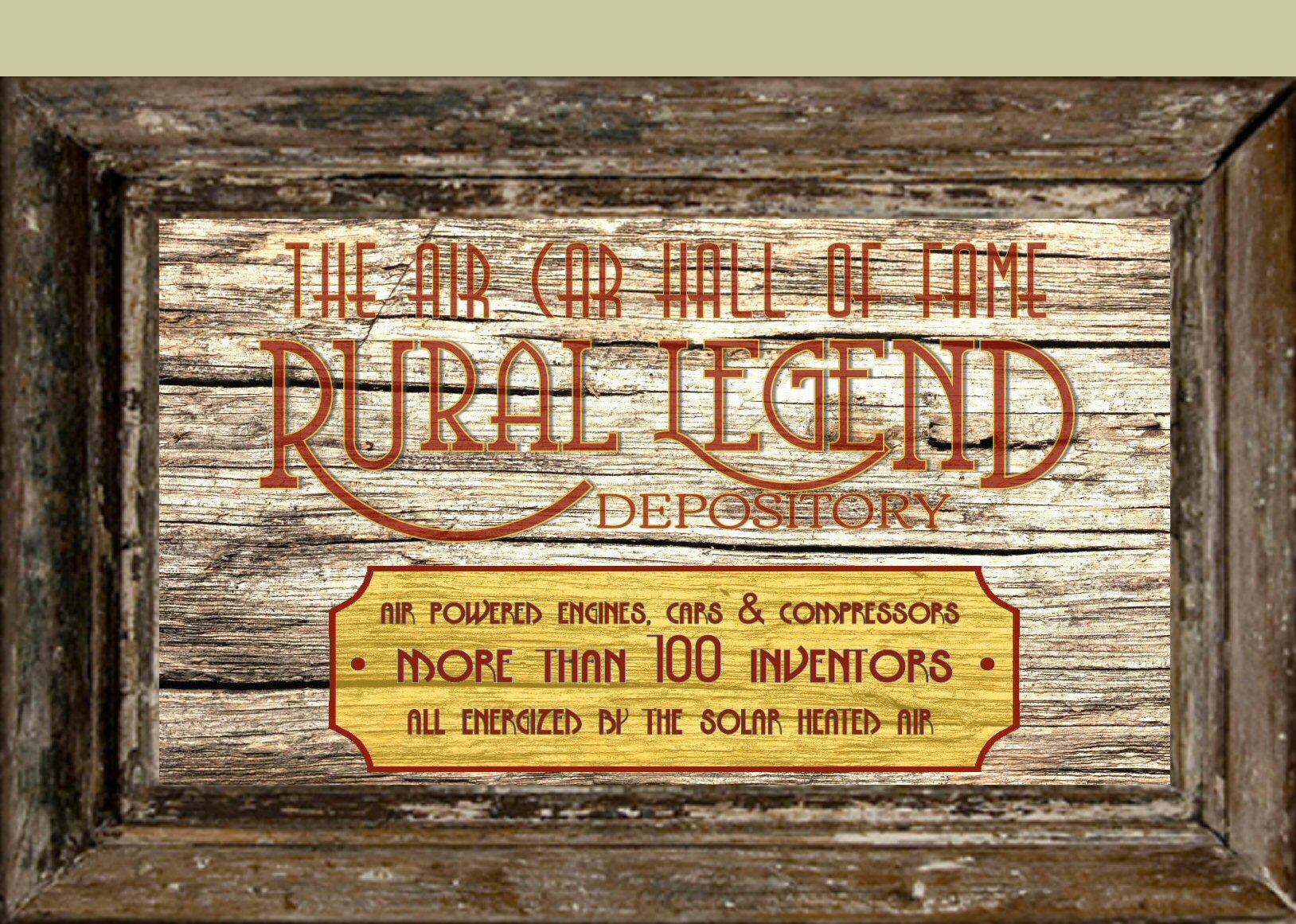 SKIP TO TABLE OF CONTENTS

After 37 years of this air car research, I stopped counting. Or was it 36? Anyway, it was some years ago I suppose. I tried to retire from this preoccupation with compressed air gadgets many times over the decades. But sorta knowing how to run cars on air and sunshine and not caring... isn't that kinda like giving up breathing just because I "been there, done that"?

Since the research I've hauled in over the past decade or more is sitting uselessly in my computer memory, and knowing how hard it is to find everything again every time a computer fizzles, there's no excuse for not giving it away now before the next fizzling occurs. At least I have to make the information accessible to those who want it.

It says in the expanding cover graphic above that there are over 100 inventors represented in this collection. Well it's probably over 200, but who's counting? As a wise man pointed out to me, the relatively desperate souls who took their inventions to the local newspaper reporter and the patent office are the only ones we will ever hear about. The smartest kept their knowledge, and their air car, to themselves. They probably drove on air in secret, and they probably still are. So as you read the following reports, you will notice that some of the subject projects were not going anywhere and some could have, but managed not to anyway.

As much as I love all these inventors, they are the starry-eyed ones who got suckered on their own fantasies about this possibly real technology which is--let's face it--not wanted on a planet that's being run for a profit. (See the Laws of Thermodynamics, which state that your profit is someone else's loss.) The starry-eyed whose projects were ended by mistakes, misfortune, and as often as not, financiers taking control of everything and selling it off to the highest bidder. Whose identity we will not mention here. But if anyone did manage to sail free of the gas engine and the energy monopolies, well, they still gave up marketing it, or sold it outright, or just kept it to themselves for their own use. I can't imagine why.

In spite of my growing suspicion that a general adoption of free energy would lead to the whole world being paved over and made into a one-world shopping mall in less than ten years, I am submitting what I know about these intrepid dreamers, with the exception (in some cases) of who their grandparents and great-grandparents were. If you want that much detail, well I probably have that in my files too, because I wanted to know everything I could learn about these inventors who claimed to do the impossible with air, back when I was still spending my wife's grocery money to do this research.

Which of course is no longer a problem, now that I've simply stopped caring. I suppose the next step is to stop breathing, but I'm putting that off as long as possible.